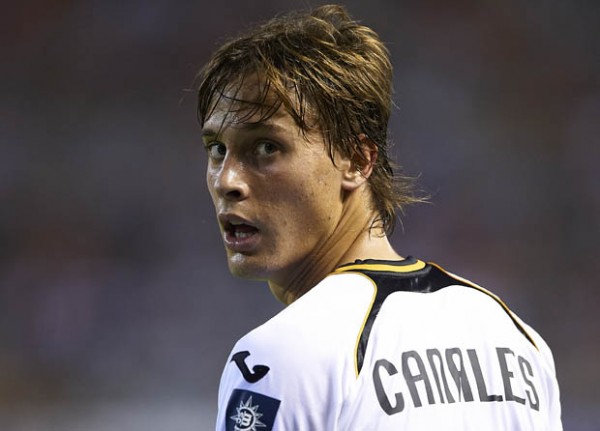 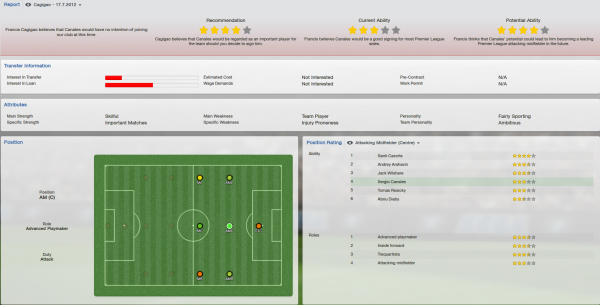 This FM 2013 player profile of Sergio Canales shows a top Spanish wonderkid, one of the most exciting talents Real Madrid had a couple of years ago. He wanted to play though and Real sold him to Valencia, that’s why you can’t buy him at the start of the game because he doesn’t want to move having  just switched clubs. The asking price is obscene anyway, Valencia want 35 million at the start of the game.

He is a top talent though, nearly perfect technique, great flair and creativity plus excellent agility. He would make a great advanced playmaker for any team in the world but despite that he never moved away from Valencia in my test save and didn’t have great seasons there either, in fact he hardly played in the first few seasons. Don’t know why that happened but it might have something to do with the fact that he is injury prone. Still a huge talent though.