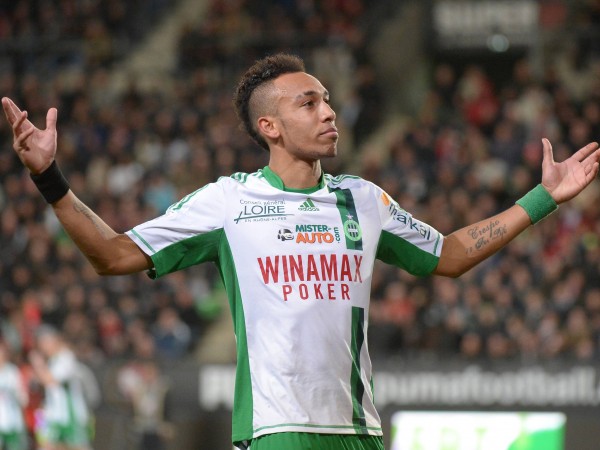 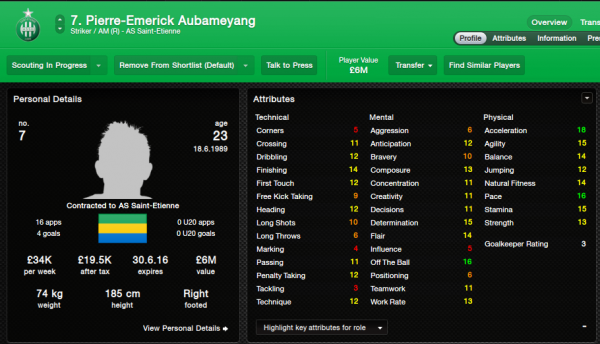 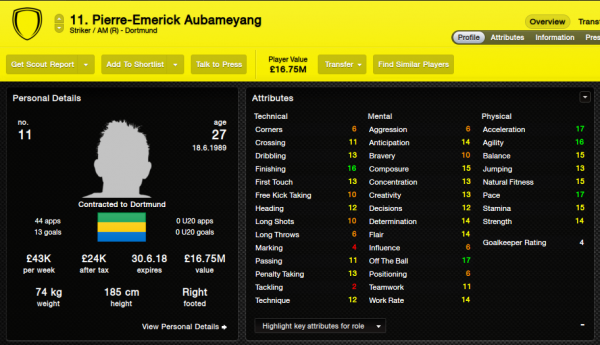 Unbelievably, FM has predicted that this guy will join Dortmund, who said this game was unrealistic? Back to the player though and you will need to fork out over £20 million at the start to grab him. But he proves his worth as just 2 years later he is sold for over £30 million. He is a fast and pacy striker who can also play on the right wing as an inside forward. He tore defences to shreds in France and then after a year of settling in he did the same in Germany. A great buy if you’re looking for a instant poacher who will have a good return when you decide to sell him.