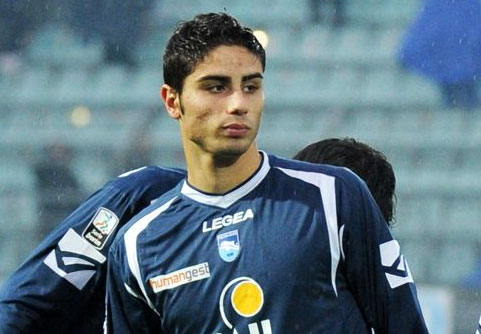 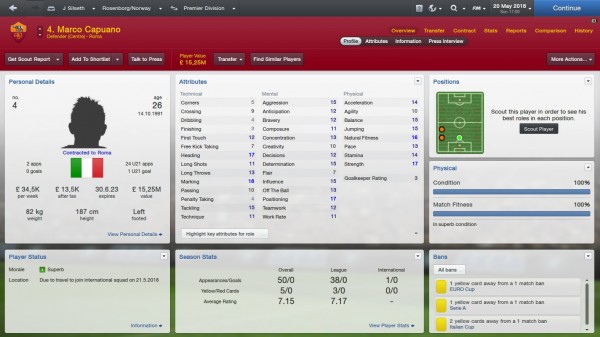 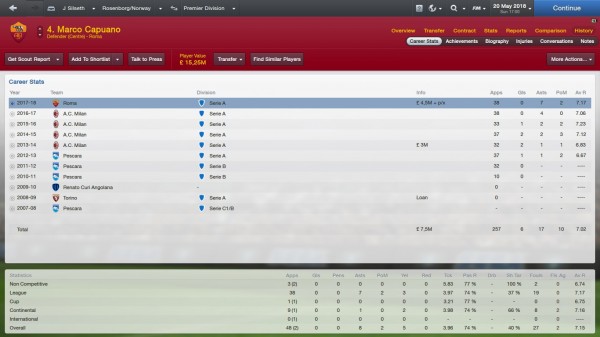 This FM 2013 player profile of Marco Capuano shows a solid young centre back from Italy, a player that becomes quite valuable in just a few years. He is 20 years old at the start of the game but already good enough to slot into most low-ambition top-flight clubs since he has no real weaknesses and produces consistent performances. The scouting report also shows a great deal of potential.

The future screen shots, provided again by Jakob, show that the lad has made solid progress under computer management, becoming a competitive centre back with decent speed, top notch marking and heading plus good tackling and positioning. He was bought by AC Milan and then sold to Roma and his value went up quite well to over 15 million pounds in 2018. He is available for 9.5 million at the start of the game, a bit steep, but I think you might be able to get him for less at the end of the first season since AC Milan got him for just 3 million.

How is prestia in this game, you showed me him in fm 12 would like to know how he is in this

I’ll have to check, never came across his profile in my searches for top youngsters but he might have slipped below the radar.

Perhaps it’s a good idea to retrain him to DM or even a ball winning midfielder. His passing, first touch, off the ball and long shots are decent and with a bit of training they probably can become even better. Definitely a lad who has potential and if you can get such a decent anchor man (as I’d probably use him there) for 3M after one season, you can’t really go wrong, can you?

I guess that could work.