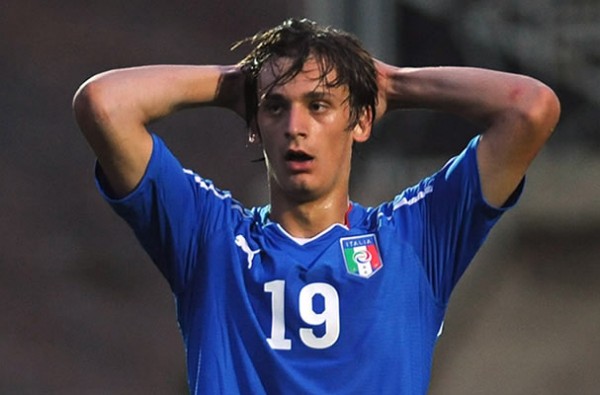 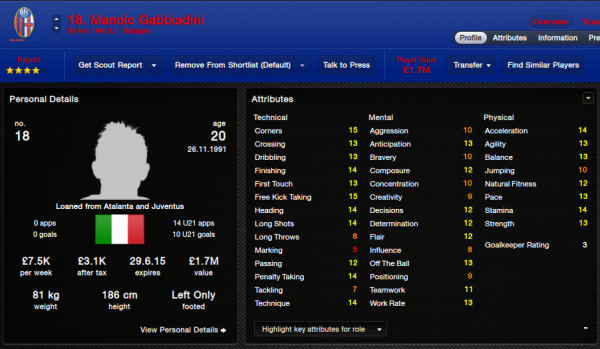 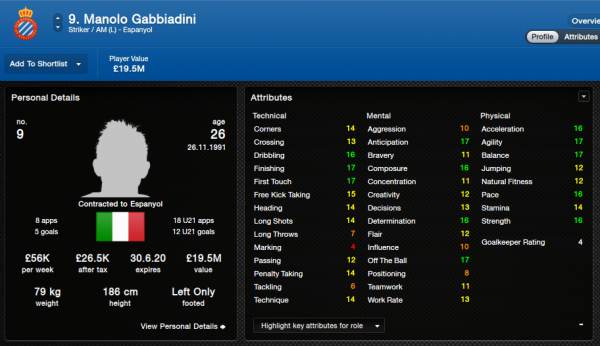 Gabbiadini is a young Italian striker with bags of pace who can also put the ball into the back of the net. As you can see in my scout report he has no intention of joining Arsenal at the start of the game, maybe thats because he has just joined Juventus. However, as you can see in his history, you can snap him up in a couple years time for a cut down price, so keep an eye on him. His record speaks for itself, maybe not the best ratings ever, but he always scores the goals, a real poacher!! He only has 8 apps to his name for Italy but has scored an impressive 5 times! If you want a goal scorer, you need Gabbiadini!!

Are you going to be looking at Souleymane Coulibaly who plays for Spurs?

I wouldn’t waste your money on him.

Wow, great striker! How’s Paloschi in ’13?
In my savegame of ’12 he became one of the best strikers in the game. with 99 goals in 2 seasons (all competitions) Unfortunatly that game bugged out..:(