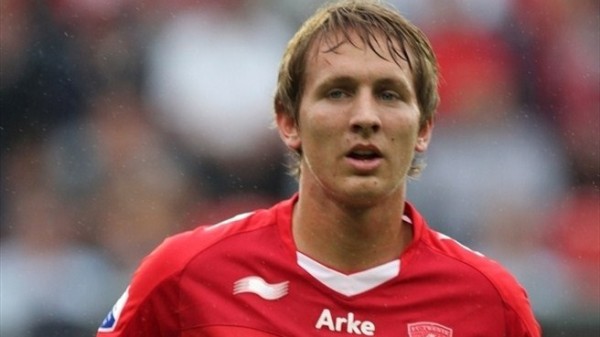 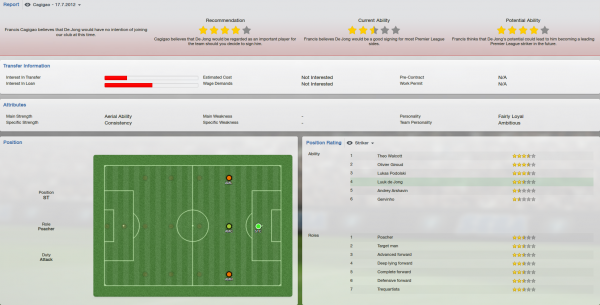 This FM 2013 player profile of Luuk de Jong shows a strong and young Dutch striker, excellent in the air and a consistent performer as well. Unfortunately Gladbach have just bought him so you can’t get him at the start of the game because he wouldn’t agree on a move, even though the club would let him go for 15 million. I think you can get him for a lower price after a season, probably in the region of 10 million.

He bagged a decent number of goals in my test save while remaining at Gladbach but I think his development suffered a bit, his potential suggests he could become better than this. His attributes make him a very good target man or poacher, virtually unbeatable in the air, excellent finishing and composure plus good first touch and work rate.

He has alot more potential than this, i have him at Gladbach and just after four seasons he is already better than this.