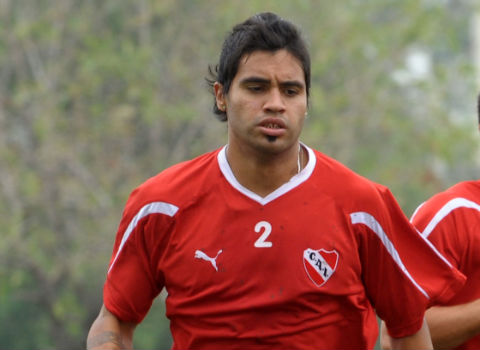 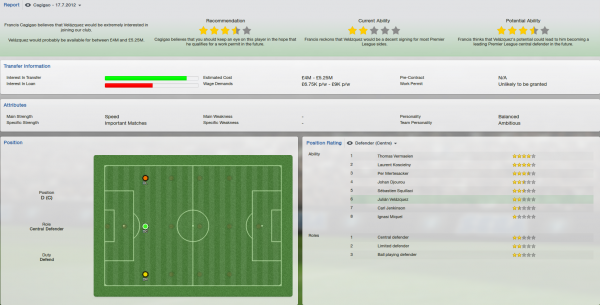 This FM 2013 player profile of Julian Velazquez shows a reliable and quick centre back that can be bought for a reasonable price at the start of the game. Julian Velazquez develops into a solid centre back with no major flaws, he becomes reasonably quick and strong, with good attributes for tackling, marking and heading. He also has solid mental attributes for a centre back, such as anticipation, concentration and positioning. He can be bought for just 4.5 million at the start of the game, and that is quite a bargain in my view.

In my test save Russian moneybags Anji bought him for the same price from Independiente and didn’t let him go until 2019. His value went up significantly though, from 1.7 million at the start of the game to a massive 14.25 million. A great buy in my view, the only drawback being that you might not be able to sign him if you manage an English club since he won’t be able to obtain a work permit, at least in the first couple of seasons.