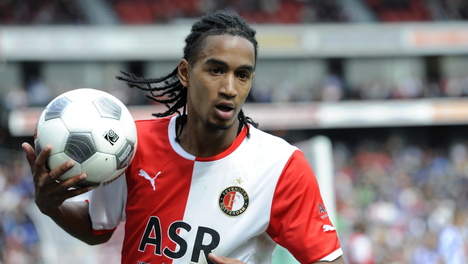 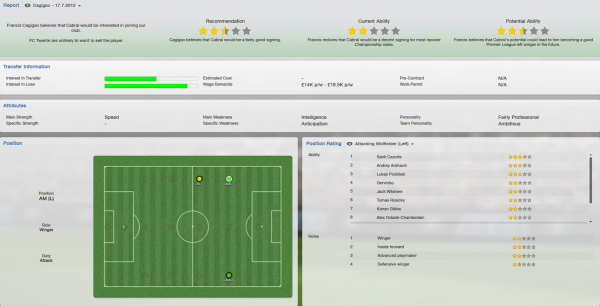 This FM 2013 player profile of Jerson Cabral shows a talented Dutch winger, a player that becomes fast and good enough to do great damage on the flanks. You can get him for 5 million at the start of the game, not really a bargain considering his abilities at the age of 21, but he might be worth it if you consider his progress in my test save.

He ended up at Sevilla in my game and had a few great seasons there. His attributes also developed quite well, transforming the lad into a solid winger with great speed and agility, good flair and off the ball movement plus excellent technique.