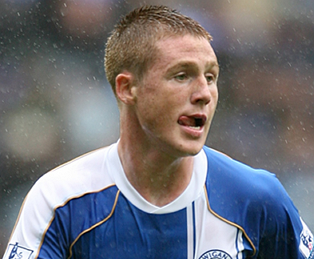 This FM 2013 Player Profile of James McCarthy shows one of the most hotly persued midfielders in real life. Following Wigan’s relegation, the rumour mill has exploded linking McCarthy with Spur’s, Chelsea, Arsenal and even my boys Newcastle. I think this profile confirms the opinion of SI, he’s pure gold.

During a save in which McCarthy didn’t get quite enough first team Football, he’s still a great box to box midfielder with perfect technique, near perfect passing and mental stats of a pro. Arsenal and Real Madrid invested in the Irish wizard, but he never fully settled, despite some great performances at times. If you can fully develop this kid, he’ll be one of the best.

Love this guy. McCarthy & Schneiderlin formed the basis of my Chelsea midfield for over a decade of success.

He is an extremely talented player.

This kid is pure class. Signed him and Schneiderlin as well for newcastle (before the patch mind you). Great pick up imo

Hopefully he turns out good. playing second season with fiorentina and valero wants to leave will replace him with this player

He certainly should, got the ability.

not good at all on fm14(everton save), huge disappointment since he was so good on fm13