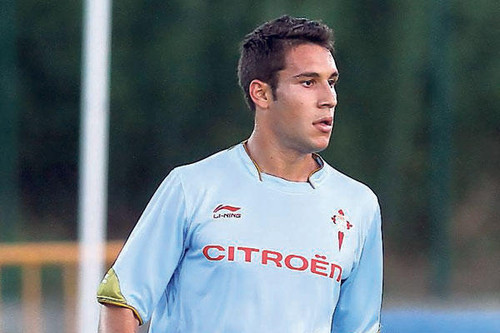 This FM 2013 player profile of Hugo Mallo shows a very good choice for the right flank, a player that can develop into one of the top right backs in Europe. Hugo Mallo is one of the hottest prospects at top-flight club Celta Vigo, and that’s probably why they are reluctant when it comes to selling him. They want no less than 8.5 million for him at the start of the game and that price is a bit steep even though the lad could slot right into most top-flight clubs at the age of 21.

His profile in 2019 shows he has very good speed and excellent mental attributes, combined with good marking, tackling and cr0ssing. In  my test save he was bought by Real Sociedad for 8.75 million and then sold to Valencia for a stunning 17.25 million! Moreover, he managed to get 12 appearances for the Spanish national team, and that’s quite an achievement considering the huge number of very good Spanish players. He’s well worth buying in my view but maybe you should wait for an opportunity to snatch him for less than his initial asking price.

He can be picked up at half the price later on. Got him at spurs for 4.4 mil in second season January transfer window as back up/replacement for Kyle walker.