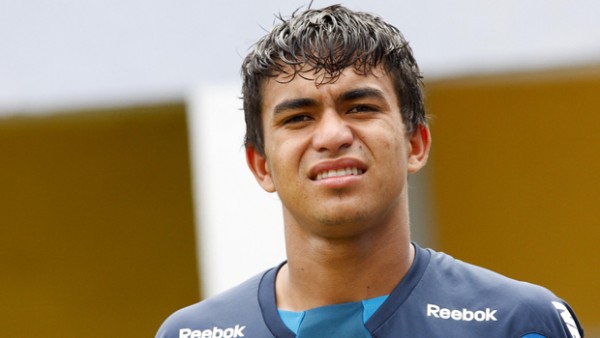 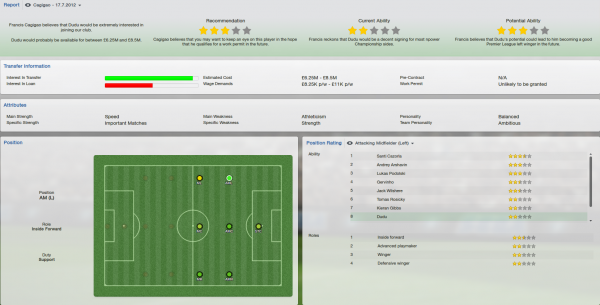 This FM 2013 player profile of Dudu shows a promising left winger, a player with good technique and excellent speed. His speed and agility are quite impressive at the age of 20 and you can get him for just 7 million pounds at the start of the game, a fairly reasonable price. In my test save he made pretty good progress, especially on the mental side, while his technical attributes also went up a notch but I think he can become even better with human management. He ended up moving at Benfica for just under 14 million pounds, which is double the initial asking price.

Can you take a look at Marco van Ginkel from Vitesse?

Doesn’t become good enough in my save but does seem to have some potential.

Also.. Inigo, Zouma, Kyriakos or Umtiti? Whom should I buy? Please reply quickly!!

I’d get either Inigo Martinez or Zouma.

Can you take a look at some other players too.. Roma’s Marquinhos and Alessandro Florenzi.. Bologna’s Saphir Taider… and Juventus’ Leo Bolatini…

Taider is good, will probably get a profile. Marquinhos and Florenzi don’t become much in my save while Bolatini can’t be found.

Ends up at Osasuna in my game, not very impressive.

Roman Bezus is also at Kyiv. Never had him but I am a long time admirer of his stats could be a star name. Young too.

Bezus is a good player, might get a profile at some point.