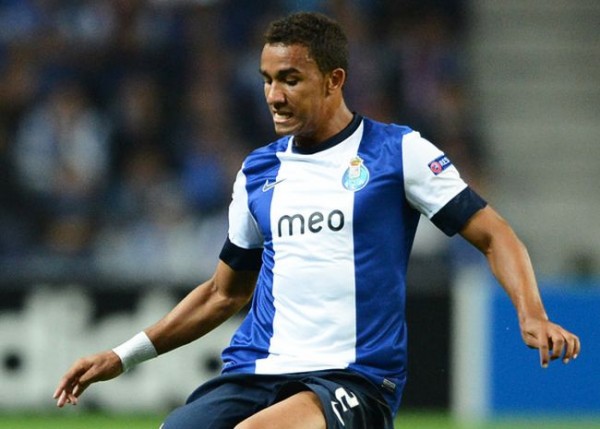 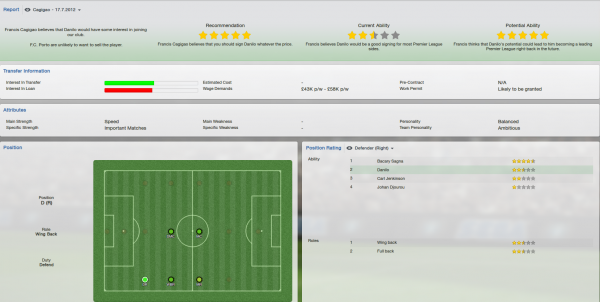 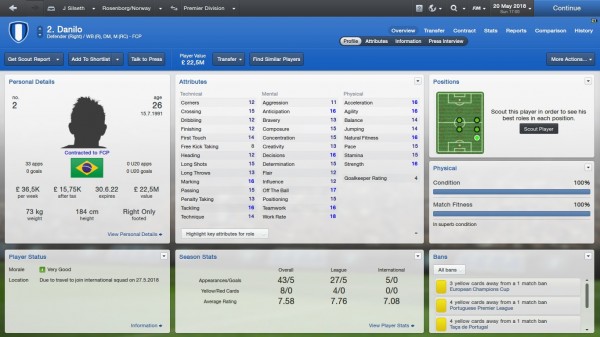 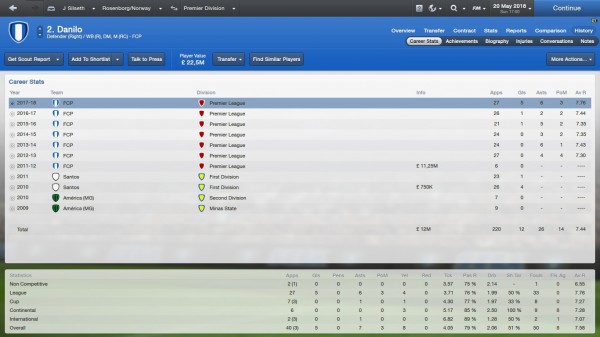 This FM 2013 player profile of Danilo shows a tremendous right back, surely one of the best in the world in FM 13. At the age of 21 he is already good enough to fit right into any of the top European teams but his future profile, provided once again by Jakob, shows a real force of nature.

As you can see from the screen shot Danilo has no real weaknesses, he is solid all around and also quite versatile as he can cover almost any role on the right wing and also in the middle as a defensive or central midfielder. The only thing that is not so good about him is the asking price, Porto want 25 million pounds at the start of the game, and that is the only reason why I don’t give him a 10 out of 10.

Looks good, I have him in my Betis save and he tears up the right wing with Vadillo.

On a completely unrelated note, have you looked at Danilo Pereira? I bought him in my Hull City save and he’s a brilliant all round midfielder but I play him mostly as a Box to box midfielder or more recently a ball winning midfielder as Jadson’s been injured, he’s been the rock of my midfield since I bought him!

Pereira seems promising but hasn’t developed much in my test save, so waiting for a good future profile before making a report.

Good player, but the RB position goes to Romario and at about a fifth or so of the price :P

Well, in my save Romario is half the player Danilo is, and I’m talking about their profiles in 2018-2019.

He’s a great player at right back in my spurs team. I got him several seasons in for around that price, though I did get him to hand in a transfer request (otherwise it would have been over 30 or 35 million.

If you need a right back and money isn’t an issue he is probably the best!

Though he’s not done as well as the Danilo in this thread due to bad injuries!

danilo looks very very good in this print, could be the next maicon

Do you have a screen shot on kelvin from Porto ???

just paid for him 38mil in summer 2017. Will see how cope in premier league in my LFC save.

Danilo and Alex Sandro turns world class wingback on their player descriptions in my save,it’s a shame Porto always asking ridiculous price for their wonderkids

never be able to get him so far no matter what team I manage. Do you have another suggestion for a good, young right back? Seems like good fullbacks are quite scarce in this FM!

You could have a look at Dani Carvajal, Gino Peruzzi, Sime Vrsaljko, Sebastien Corchia.