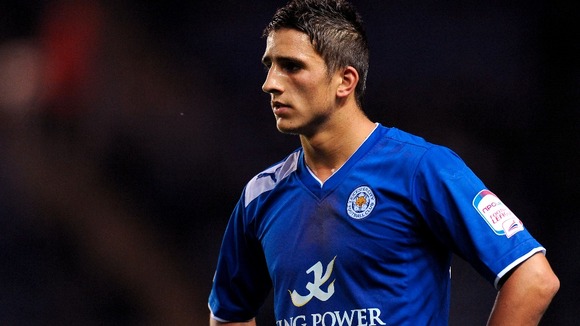 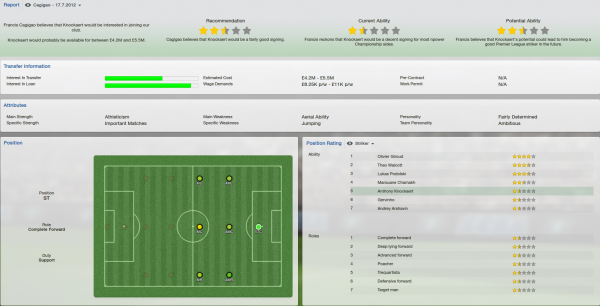 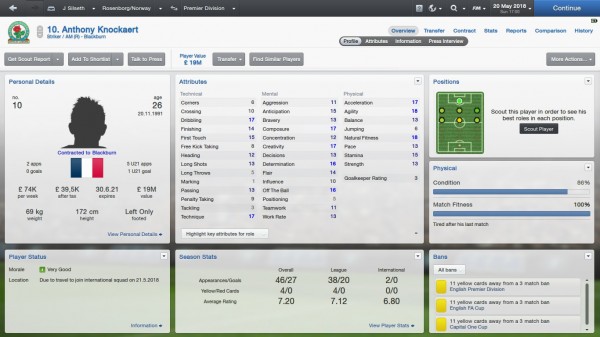 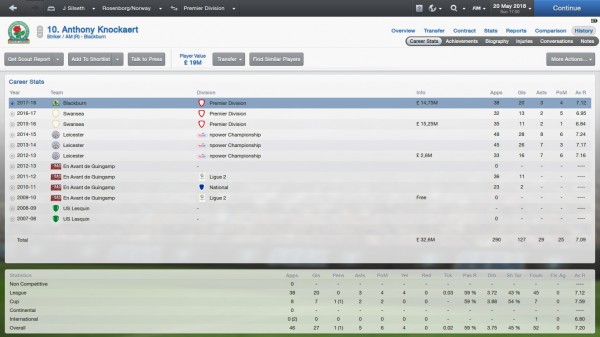 This FM 2013 player profile of Anthony Knockaert shows a solid young striker that can become incredibly valuable in a few years. I admit I didn’t know much about this youngster but the future screen shots provided by Jakob prove that his value can go through the roof in just a few years. Leicester just bought him in 2012 and they won’t sell him for less than 6 million but I think he’s definitely worth that price tag.

His profile in 2018 shows a solid striker/winger, with good speed and agility, plus good technique and dribbling and great mental attributes. And his value went all the way up to 19 million after being bought by Blackburn for almost 15 million. He can’t become a Robin van Persie but he definitely is Premier League material.

I signed him for Newcastle for £6.25m on the 13.3 update due to the French nationality and his potential.

Although not a starter atm Cabaye tutoured him and his average rating after 20 games is around 7.10 which is good considering he’ll only get better!

He was a beast on my current save for leicester, 3 seasons (2 in championship, 1 in prem) and his value went up to about 14 mill, won footballer of the year in the prem after contributing over a goal a game with goals+assists and 2015 french footballer of the year despite never having a call up, signed him for arsenal for a price I’m to ashamed to admit and he’s so far been a top player, definitely performs better than his ratings would suggest

Yes, he was quite underrated on FM 13.