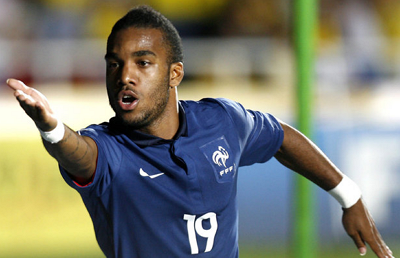 This FM 2013 Player Profile of Alexandre Lacazette shows one of the deadliest poachers FM13 has to offer. At just £13.75 million Lacazette is a snap, he develops well in all the vital areas. The screenshot above was provided by Wayne, one of the FMS readers. With human management this wonderkid has developed 18 in dribbling, first touch, composure, off the ball movement, acceleration and more. Good creativity and flair mean he can lead the line as a lone striker too.

In this save he may not have scored a bundle, but that may be down to the scoring exploits of Destro who stole the limelight, those average ratings aren’t to be winced at though. And his value in 2016 has sky rocketed to £27.5 million.

He is a class player, ripped me apart in my Rennes save and love how he ends up at Wolves!

Yeah he was a great signing for Wayne who provided these screenshots.

Look at that 24goals from 22caps with France unbeliveable

yo in my save Liverpool bought for 45 million, when I saw that my jaw dropped

I think that speaks volumes for his class.

Abolute steal if you can develop him to that level.

Looks Amazing. One of the better inside forwards.Underrated in the wider FM community

I’ve seen him come close to this but only three years later than shown, great player if developed well.

This is an insane screenshot of him

He does look insanely good there.

What do you reckon his best role is? Poacher?

I would say so yes.

yo Darren, as some other french fellas, have u ever took a look at aboubakar and jordan ayew?they look like promising poachers but ive never catched a profile of them like 25-26’s.i wonder if they’re worthy.

Yes we’ve done Vincent http://footballmanagerstory.com/scout/2013/02/fm-2013-player-profile-vincent-aboubakar/, but Ayew hasn’t improved enough in my test save to warrant a profile, I’m sure he can but we just don’t have acceptable screenshots.

Lacazette or Bernard as IF attack AML

Probably Bernard for me.