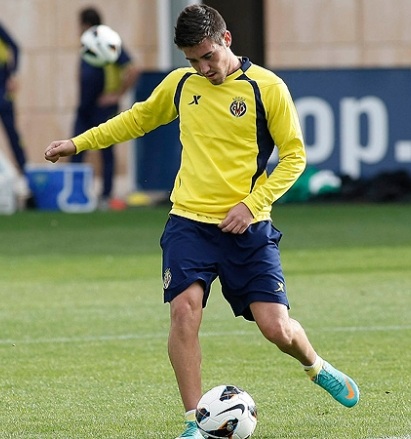 This FM 2013 player profile of Moi Gomez shows a real talented player. At 17 years old he has a lot of potential, and already fits into Villarreal’s plans. But the profile in 2021 he has moved to Athletico Madrid and is an exceptional playmaker. His passing, creativity, flair, technique, first touch and teamwork are all brilliant. I think his development was helped by that he stayed in Liga Adelante for most of his career, where he was always a first team regular, allowing him to progress as a footballer. He then only moved to a top team when he was already a class player, so again he would get regular football. For just £3m that means most teams can afford him, and even if he isn’t in your long term plans, you could make a huge profit off of him.

Tried to buy him with Southampton, he was not at all interested :(

was wondering when he would show up here, though I must say I’ve seen him better.

I’ve coached him at Villlarreal and I can testify that he’s a top class talent grew to be a top class player.

I bought this guy to my Valencia team that im currently playing and even though i have Piatti, Canales and Parejo i have figured out this guy needs to play a lot from the first season on! On paper he is a lot weaker ofc in his first season but damn he scores a lot of goals, much more than the other guys i have! 11 goals in 24 matches (16subs) is just incredible in my opinion, when he is this young! Cant wait for him to fully develop! he will probably be one of the best AMC’s out there!

PS. I have always known about him but never bought him myself as i had noticed he doesnt develop very well by the computer! TRY HIM!

Bought him aged 17 as Newcastle and he slotted in really well as an AMC in front of Tiote and Anita. Became first choice aged 19 and now aged 23 is one of the top playmakers around – better than the above snapshot from At. Madrid. So many long range goals it’s sick.