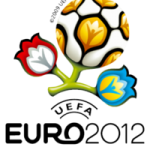 Euro 2012 is almost upon us and England is warming up with a tough friendly, on June 2nd, against Belgium, a nation with quite a few exciting youngsters in their ranks. As you can see from England’s Euro 2012 odds here, they are not the favourites to win the tournament and they might even have a tough time qualifying from the group since they have to face France, Sweden and host nation Ukraine.

England’s national football team had a tough time in recent years.  First they failed to qualify for Euro 2008 and then they were taken out quite early at the most recent World Cup. However, there’s a new boss in charge, Roy Hodgson, and he will bring some youngsters at the tournament, including Alex-Oxlade Chamberlain from Arsenal. Hodgson is not the man to provide surprises though, so if you expect a flamboyant English team at the Euro you might have to think again.

Moreover, England have been hit by what could be an important injury: Frank Lampard will not be at the Euro. Jordan Henderson will be the replacement, provided UEFA will give their approval for that move (it should be just a formality). But that’s bad news considering England have already lost one midfielder, Manchester City’s Gareth Barry, who suffered a stomach injury in Saturday’s friendly against Norway.

As for the friendly against Belgium, it will be the last chance for Hodgson to test his squad before the final tournament. Vincent Kompany, Man City’s Belgian defender, stated that England as potential threats in the championships: “England are definitely my pick of the bunch as the surprise team at the Euros.”

Belgium missed out on qualifying for the tournament after finishing behind Germany and Turkey in their group, but they are now focused on reaching World Cup 2014. “The 2014 World Cup is our aim and I guarantee you that we have a generation which can stay together and rule for the next 10 years. Don’t judge us now, judge us over the next few years”, Kompany said in an interview.

England’s last match was a 1-0 friendly win over Norway, thanks to an Ashley Young goal. That ensured Hodgson a winning debut but the difficult times are still ahead of the former Liverpool manager.

I think this years competition will be the first where expectations are low…to be honest I like it that way.

Yeah it’s definitely better. But if we get 2 wins and a draw in the groups, everyone will say we are going to win the whole thing. Cue getting knocked out in the quarters and people calling for Roy’s head

if you, englishmen, think that is the actual condition of your national side, i think perhaps it triggers another discussion: how come you have one of the most powerful (if not the most) national leagues and even so you consider your chances of winning on international level so low? the foreign capital has diminished your youth development as it needs the marketing money big international stars can generate. building from the ‘base’ as we say in brazil is a must if you want to compete in all levels with brazil, argentina, germany and italy. your group isn’t that hard, actually. uckraine hasn’t done a single major thing in that level before, as sweden is not as strong as 10 years ago. About france, well, maybe this is their worst side since 1998. your team has a bunch of youth force and that sould be valued! i really hope you can beat the competition and make all of england happy, but if you want to be big, you will have to rethink your national league restrictions. since your reality is so very much different from ours in brazil when it comes to business and quality of youth players, football demands and… Read more »

I have been saying for years that England’s reliance on huge TV deals then buying the best foreign players has really hurt the national side.

Football is huge in England with millions and millions of kids playing every day so why do England produce so few talented young prospects?

The answer is that they do! Its just they are never given an opportunity due to the ease of buying in foreign players than backing there own.

For me the money is a double edge sword so to speak, teams in England have to be successful and to be successful they cant avoid to risk there academy and home grown players and as such they slip through the system.

Take Spain, Germany, France etc All lack the money available but back their academy players unlike in England so have no choice but to promote younger players and look at the strength of their national sides and youth sides.

England should be amongst the favourites and potential winners, I really hope they have a good tournament but am hoping for Spain to retain the trophy! ;)

People always support the underdogs, everyone get behind Ireland :D I cannot wait until the Euro’s begin, such exciting times for us. Our first European Championships since 1988, and because we’re in such a difficult group, everyone in Europe thinks we’ll get slaughtered. We probably will but who cares, we’ll enjoy it nonetheless :D

Oxlade Chamberlain and Welbeck are starting today, the game will be interesting!

Im curious to see what this England squad can accomplish, I’m hopeful but slightly nervous, especially about France. I’m not terribly bothered about Sweden or the Ukraine. Sweden are just not what they were and the Ukraine, although playing at home will most likely finish bottom of the table. Avoiding Germany in the first knockout round will be vital, they are a cracking team and are my favourites for the title. Spain represent a threat of course, as do Holland.

I’m not to sure about Jordan Henderson, I’d have preferred too see Micheal Carrick in his place instead, but there is not much I can do about that!

All in all, a good chance for England. Especially as players like Vincent Kompany consider us the dark horses!

England’s record in the Euro’s has been largely poor over the years. Qualification from the group stage is rare indeed from what I remember. That along with all the other well documented problems that have happened recently, mean the expectations are understandably low. English football has had a number of problems over the years. Far too often in recent times, there seems to be a lack of passion shown by the players on the field. That is an accusation which can never be levelled at the Scottish team, even though they’ve had a horrible time. It can be disheartening to watch a team who don’t seem to care. If you can’t get motivated when playing for your country, you have to ask yourself some questions. Hopefully Roy Hodgson will get the lads to show some real passion and fight, rather than the lifeless dispassionate performances of the last World Cup. That was a painful to watch at times, because at times you couldn’t see how we could create a goal. As highlighted above, another problem is that for a country where football such a major sport, with the richest league sitting atop a huge league structure, we are not producing… Read more »