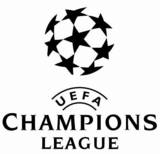 The Champions League is back, finally! Four of the first knockout round matches will be played this week, with the other four coming up next week, so I guess we’ll all have a pretty busy schedule during the evenings. The match that stands out as the most interesting is by far the clash between Spanish champions Real Madrid and Manchester United, the side that has a full hand on the Premier League title by now.

It will be the first match that will see Cristiano Ronaldo facing his old team after his move from Old Trafford to Santiago Bernabeu, all eyes will be on him, but also on Robin van Persie, Manchester United’s new goal scoring star. Los Blancos are currently 16 points adrift of La Liga leaders Barcelona, so the title is long gone by now, which makes me believe Mourinho and company will fully focus on the Champions League.

Sir Alex Feguson seems to agree: “I think their target is the European Cup. They got a bad start in the league and were chasing their tail a bit because Barcelona’s form has been incredible. I think Jose has set his targets firmly on the European Cup, no doubt about that. It can be harder for us but there’s a bit of pressure for them too. At this moment in time we’re involved in three things. Jose has still got the semi-final of the Copa del Rey, they play Barca next week and then again in a league game before we play them on the Tuesday at Old Trafford. So they’ve got a big programme themselves.”

I have a feeling that Manchester United will pull through here, even if the bookmakers see them as underdogs in this tie. The odds for the first leg are a bit shocking for me, take these here for instance: https://sports.bwin.com/en/sports/4/betting/football

If you ask me I think that a draw is the most likely result here, but I guess I might be wrong. The head to head statistics between the two clubs show that Manchester United have never managed to win at Santiago Bernabeu, but on the other hand there were 2 wins for Real and 2 draws in the previous meetings in the Spanish capital. What do you think will happen in this match on Wednesday?

Very interesting tactical battle on the night Although Sir Alex seemed to get his tactics spot on (even though I’m surprised he starrted with so Rooney, RVP, Kagawa and Welbeck), I think Madrid may have a slight advantage in the second leg as I do really believe they are one of the best counter-attacking sides in Europe, then again not really the way they play. I really think the second leg could be one of the best European ties in recent years. Set up perfectly.

Tactically I think Sir Alex got it spot on. Although he started with a number of attacking players they held it together, thanks with a little help from De Gea. Granted on paper Utd have the advantage, but I think Mourinho’s side have a slight edge, he is a tactical genius (sorry Johnny :)) I think at Old Trafford they will use their pace and passing ability to overcome Utd but either way it could be potentially be one of the greatest European matches of recent years. Mark my words

Well, I think Manchester United will go through. And that’s not only because I dislike Mourinho :)