You already know from my previous post that I accomplished a miracle by bringing Chester to win League Two against all odds. The board is happy and the fans are too. I’m looking forward to the new season in League One, although it will be a very difficult one. But until then, let me entertain you with some facts and stats from the first season.

First of all, something funny. I have a 36 year old player, a defender, called Paul Butler. His attributes weren’t impressive, so I decided to sell him. I offered him to clubs for free, but no club wanted to get him, not even for free. I wondered why, and I finally found out. He is 1.83 meters high and has an impressive weight of… 93 kilograms! No wonder nobody wanted to buy him as a football player, maybe he has more chances as a boxer! 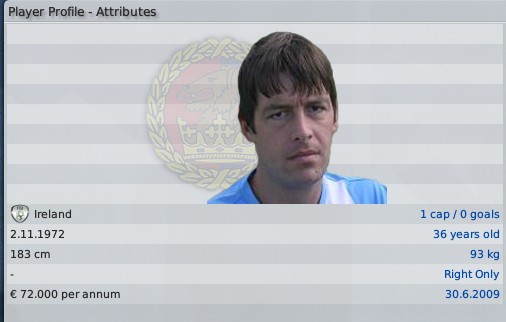 And another interesting fact from the last season. The quickest goal, less than 30 seconds from the first whistle!

Now let me show you some serious stats. The stats that can explain the miraculous Chester promotion.

In the next post I’ll reveal the tactics that I used to make the Chester miracle! Don’t miss it ;)