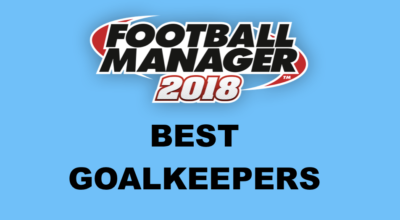 The Bayern Munich goalkeeper is probably the best in the world, no wonder why the FM team gave him the biggest number in terms of current ability.

The Spanish international  “guardameta” has a lot of talent, with room for improvement, as he is 26 years old, a young age for a keeper.

Buffon is a legendary keeper, many of us had the honor to manage him in the CM series when he was in Parma or just moved to “La Vecchia Signora” in that team with Del Piero and Nedved. Almost 40 years old he is playing in the elite of football, with a move to Paris ST Germain in 2019.

Andre is a firm candidate to become the main goalkeeper of the German National team and to do the same at the Catalan side. It’s fair to recall that Ter Stegen was a PA of -10 in a couple of older FM versions.

An amazing goalkeeper who had a great world cup in Russia in 2014 and got a transfer back to Madrid, but this time not to Atletico, this time to “The White House”, Real Madrid.

What a great signing Diego Simeone and the Atletico Madrid board did with Jan Oblak. He had the difficult task of replacing Thibout Courtois, and he did it great. He was a bargain(13m) considering his actual market value.

Though he performed very good in his seasons at Real Madrid, winning several European Champion League Cups in a row, Florentino Perez, the Real president, decided to buy Thibout Courtois, which was somehow an unfair move for the “tico” keeper since he always show that he was more than up for the challenge of defending the Real Madrid’s goal.

Hugo is a keeper who was spotted early on by the FM scouts when he was playing in Lyon, now in Tottenham, delivering solid performances, this year at 30 years ago he reached the top of his career as the goalkeeper of the French squad who won the World Cup in Russia 2014.

Man City had to put a lot of money for the keeper that Guardiola wanted, he had a good year with Man City winning the Premier League, but his performance in the Brazilian squad were not good enough to avoid the Verdeamarelha to leave a very poor impression in the ex Soviet Union.

An experienced and classic keeper slowly getting to the end of his glorious career. He was a guarantee of quality performances wherever he played, and he still is.

A young keeper already consolidated in an important Premier League team with lots of room for improvement, plus he is an English passport holder. He was one of Englands stars in Russia 2014 World Cup, and it’s not hard to imagine to see him moving to one of the elite teams of the world in the near future.

This Italian wonderkid is the future(and present) of goalkeeping, only 18 years old, he was capped by the Italian National side and has a PA of -10 .

His current ability is impressive for such a young age.

A great keeper with some talent who got rewarded with a millionaire transfer from Roma to Liverpool to replace the German keeper who moved to Besiktas.

Will he live up to the expectations of the Liverpool fans and his manager Kloop?

The database used for FM 18 best goalkeepers in the world, 18.3